This article outlines some of the reasons why you should use a VPN while gaming and also some of the best VPNs for Fortnite. Strap on your gliders and let’s dive right in.

Best VPN for Fortnite: What is Fortnite?

Fortnite is the most popular battle royale game right now. It can be played on a number of different platforms including PC, Android, iOS and console.

Fortnite is more than just battle royale though. In Fortnite, players can pick up materials that can then be used to build structures and traps. A battle royale game is a game where several players, usually 100, parachute down out of a moving “battle bus” onto a continuously shrinking map to battle it out and try to become last man or team standing.

Another mode available in Fortnite is Party Royale. This mode isn’t about fighting or battle but exploration and partying. There are also mini-games in the Party Royale mode as well as occasional live concerts from real-life artistes.

Besides these two game modes, there’s a Creative mode and a Save the World mode. In the Creative mode, players can create their games with their own rules and then invite their friends to play in them. The Creative mode is great for showing off your imaginative side or just enjoy the creations of others.

The Save the World mode on the other hand pits all the players against a common enemy, swarms of monsters called Husks. Players work together, building traps and fortresses to hold off and defeat the monsters, saving the world.

Fortnite, like other online games, can benefit from a VPN connection.

Fortnite bans player IPs for different reasons. Some of these include slow, laggy internet, cheating and Fortnite is just not available for players in specific locations. You can also get banned in Fortnite for entering into an alliance with other players, for consistent camping (remaining in one location for long periods of time without involvement in the game) and you can even get banned for doing nothing wrong due to a technical issue.

If you find yourself banned, you may need a VPN to access the game. Some of the best VPN proxy tools are touched upon here. A VPN works by masking your IP address and since it is your IP that gets banned by Fortnite, masking it can help you get unbanned. Just like you need a good VPN for streaming Netflix because not all VPNs work for it, the same applies to Fortnite. A lot of VPNs just do not work for Fortnite. Fortnite doesn’t want you to unban yourself when you get banned and so it puts some measures in place to try to prevent the use of VPNs. The VPNs outlined in this article can however be used successfully with Fortnite.

You may also want to use a VPN to ensure you have a stable internet connection. As Fortnite is an online game, any drops in the quality of your connection can result in a loss for you. A good VPN can help you connect to a less congested server, giving you an overall better connection.

Not all VPNs can be used with Fortnite. We personally recommend VPN Vault by Appsverse as this is one of the best VPNs apps for Fortnite.

VPN Vault by Appsverse can be used on all major platforms and provides a fast secure connection to enhance your gaming experience.

Other notable VPNs which will work for Fortnite include NordVPN, Surfshark and ExpressVPN.

All you have to do to use any of the above listed VPNs is to sign up for an account, download the app and enjoy a smooth gaming session.

Your gaming experience will be much faster and without any technical glitches. Get a VPN today to ensure you never get banned from playing your favorite online games.

VPN Vault by Appsverse has both Android and iOS apps which ensure that no matter what platform you game on, you can enjoy your gaming.

With the best VPN for ThopTV, the chances of you missing one of over 3,000 movies, TV channels and live sports are much slimmer than before. You’re probably already aware of the content blockers restricting certain content based solely on where you live. 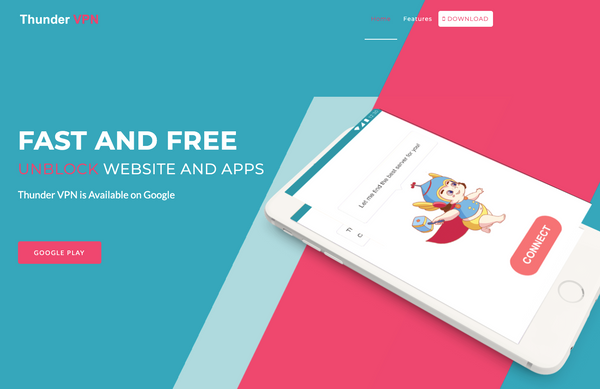 Getting the file for Thunder VPN APK downloads may be one way to get a VPN downloaded away from the Google Play Store, but there are also other VPN APK alternatives you can consider.