Finding the best VPN for Roblox is important because it can face many issues such as bandwidth issues and slow speed, which explains the need for a VPN to enjoy specific features.

Although Roblox appears to be a harmless game, it is still facing many issues due to its sandbox nature and the possibility of violent and malicious content in user-generated games. So, if you're looking for a way to enjoy the Roblox, read on.

Best VPN for Roblox: What is Roblox?

Roblox is a gaming site and storefront that allows users to play games. Roblox isn't a game; it's a platform where users can play games created by other people. In this way, it resembles the PC platform Steam rather than any online game for Children. It's an 'Imagination Platform,' which allows you to create and play millions of 3D online games. It was established in 2007 and has a monthly player base of 64 million, with a total of 178 million accounts on the platform. It is available for both Android and iOS users to download as an extension.

Best VPN for Roblox: Benefits of VPN for gaming

It does not matter what kind of game you like on the gaming platform, if you like to play any game then connect to the internet, using the best VPN for Roblox to protect your privacy and security. A good VPN such as VPN Vault by Appsverse not only overcome many issues of games but is also used as a VPN for to enjoy shows on Netflix. Following are the benefits of a VPN for gaming:

Some ISPs not allow users' to access the internet at certain times or when they engage in data-intensive activities such as online gaming. Using the best free VPN app such as VPN Vault will help you to overcome this. It encrypts your connection, making it impossible for anyone to see what you're doing and slowing down your gaming experience.

VPN Vault is the best VPN for Roblox on the market, with lightning-fast speeds that never stutter your game. You will be able to play it without experiencing any pings or lags.

Roblox is entertaining, but you should exercise caution when using it. VPN secures your entire network against snoopers and hackers, allowing you to focus on your game without any problem.

VPN Vault is one of the best VPN for Roblox, having a simple setup and is very easy to use. VPN Vault secures your connection and prevents ISP Throttling when you try to roam across the internet. It also provides your favorite content and games, hides your IP address, and secures your online gaming activities.

You shouldn't have any latency or lag when playing because of the lightning-fast speed of the VPN Vault. VPN Vault is so quick that it can also help you reduce ping by connecting you to a server that is closer to you than your current physical position.

Here is the link to VPN Vault by Appsverse.

There are many other VPNs for gaming but VPN Vault is the best VPN for Roblox. The following features of VPN Vault make it unique from any other VPN.

ExpressVPNis also the best VPN for Roblox which provides fast link speeds with no lag when gaming, which is also useful when you are surfing on the internet. Global server coverage allows you to enjoy games on Roblox platform all over the world. Here is the link to ExpressVPN.

Roblox is one of the most popular online gaming platforms in the world. It is a platform where users can play games developed by others. But there are many issues with this platform when you try to use it for playing games. A VPN might be the answer if you're having trouble, get the games on the platform or if you can't stay linked once you're in the game. If you have these problems, then the best VPN for Roblox is VPN Vault by Appsverse.

VPN Vault provides fast speed, prevents ISP throttling, secures internet connections, and allows you to enjoy the games on the platform by changing your physical location. So enjoy the features of VPN Vault as it is available for both iOS and Android platforms.

We're happy to announce that we've greatly expanded the number of countries available on VPN Vault! 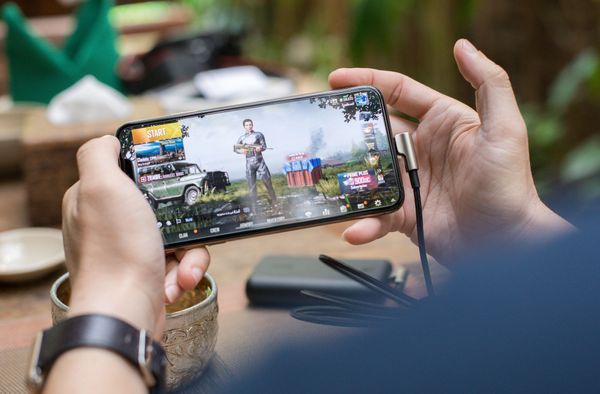 Are you a PUBG fan? If yes, this article highlights some of the best VPN for PUBG and the top 3 VPN alternatives out there available in the market.